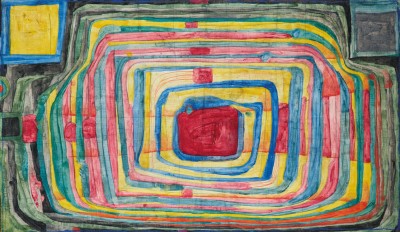 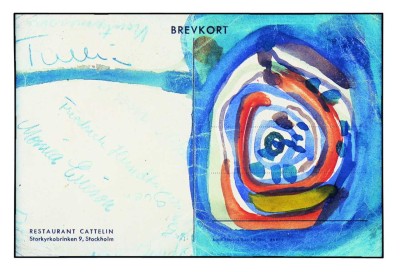 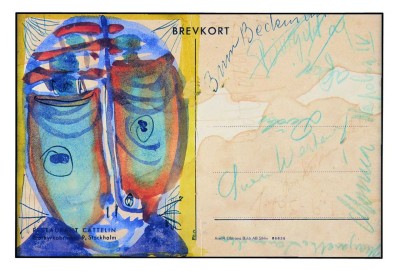 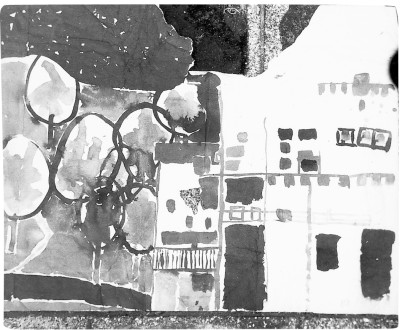 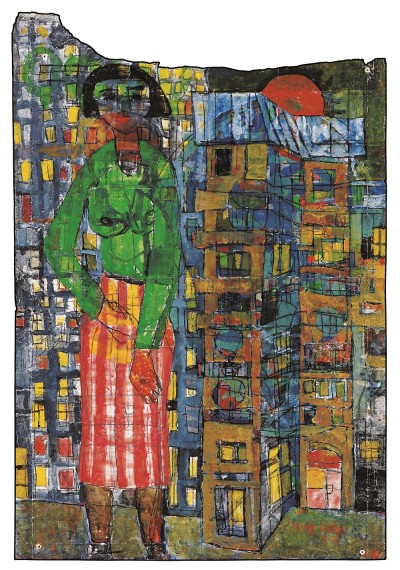 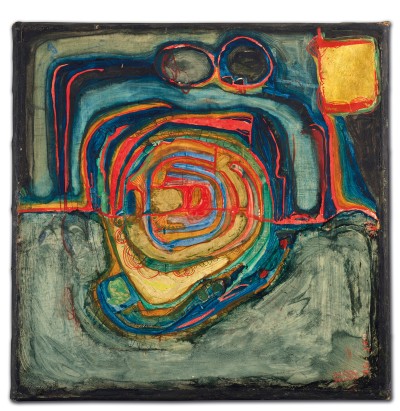 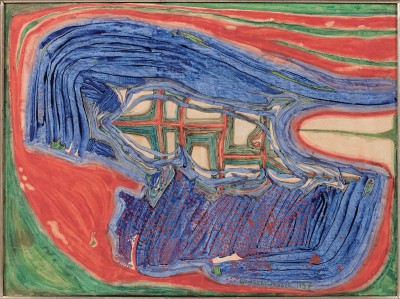 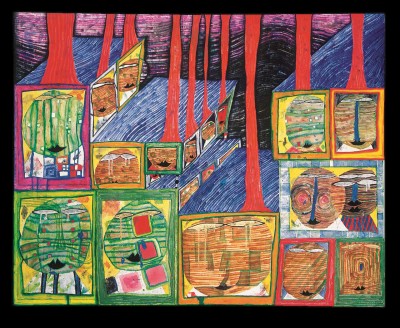 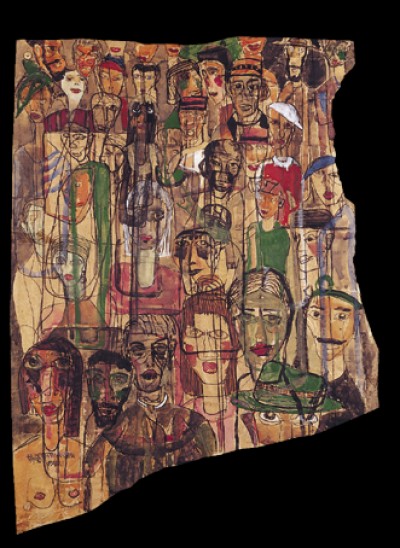 Hundertwasser painted wherever he was, at home, in nature and on the road, in cafés and restaurants, on the train or on aeroplanes, in hotels or at the homes of friends or acquaintances he was visiting. He had no studio and did not paint at an easel, but instead spread the canvas or sheet of paper flat in front of him. When he was on the road it could happen that he folded the paper, painting only on the visible part of his work. He either took his paintings on trips, or he left them at his places of residence and continued to paint them as soon as he returned.

Hundertwasser made many of his paints himself. He painted with watercolours, in oil and with egg tempera, with shiny lacquers and ground earth. He used various paints in one painting and put them next to each other, so that they contrasted not only in their colour but also in their texture. The “chassis” for his paintings he usually made himself, and he almost always stretched his own canvas. He experimented with many techniques and invented new ones. He painted on different types of paper, favouring used wrapping papers, which he often mounted onto various supports, such as wood fibreboards, hemp or linen. He painted on found materials, for example on pieces of plywood, which he fitted together.
Almost invariably, Hundertwasser noted on the front or reverse of his paintings where and when he painted them. The technical information about the work and the date he noted on labels applied to the reverse.