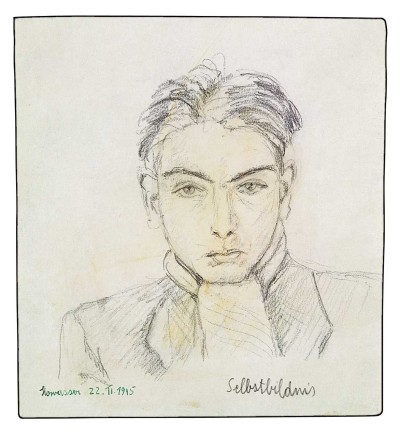 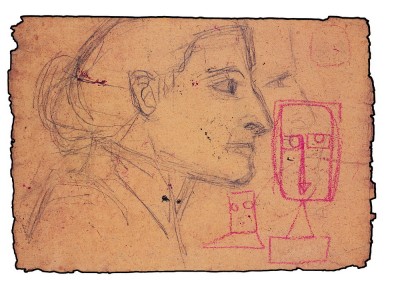 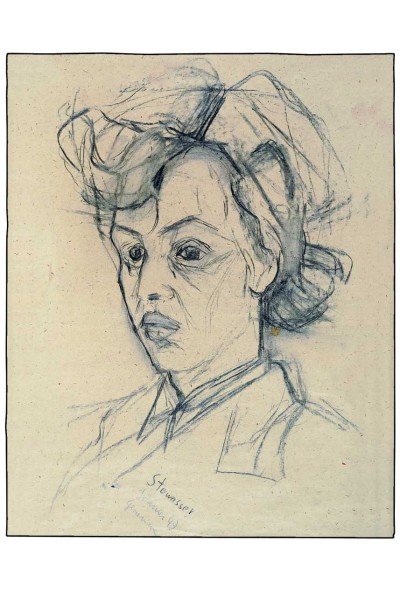 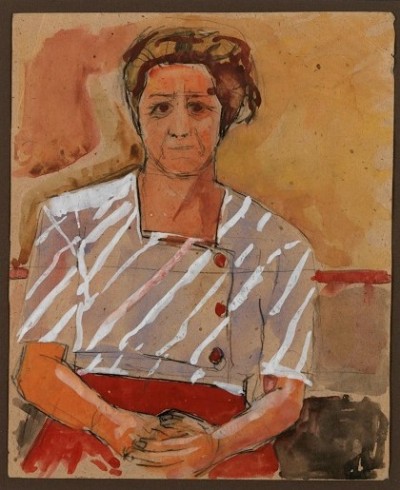 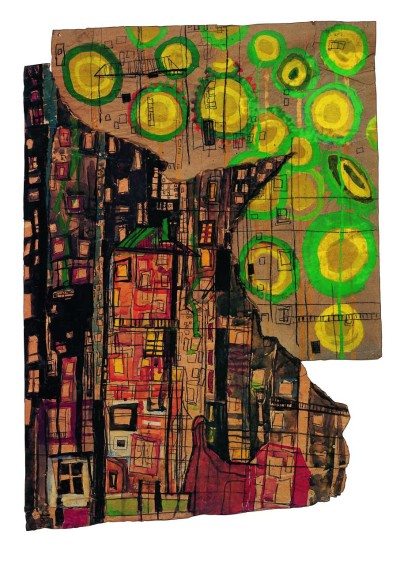 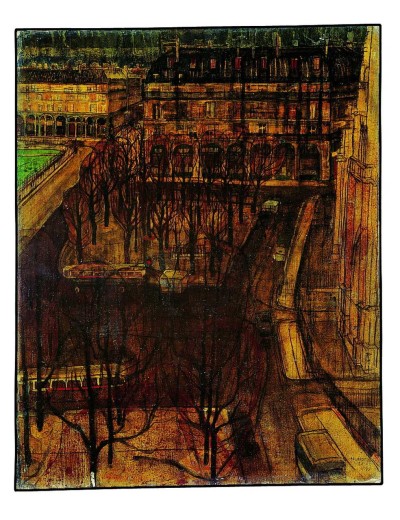 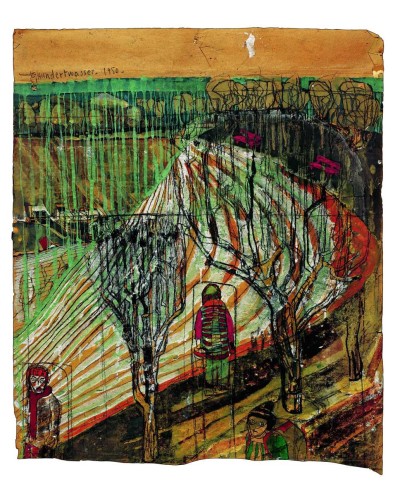 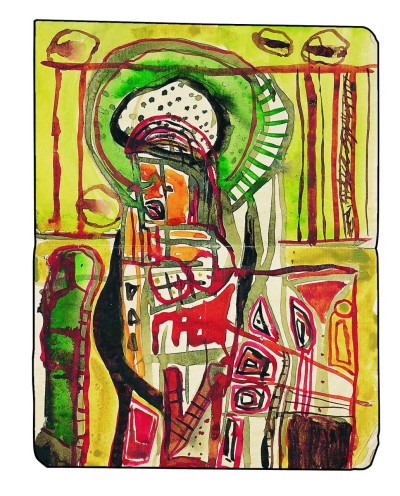 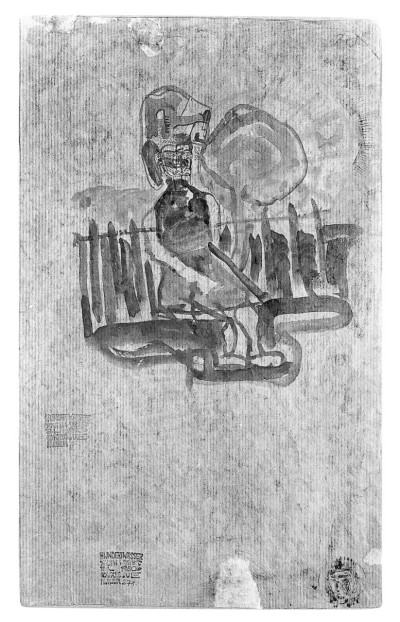 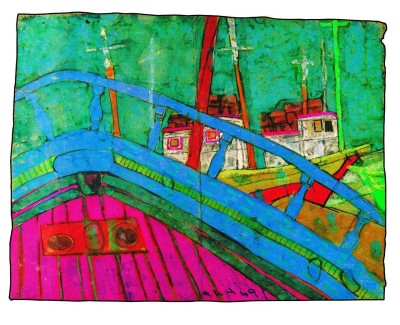 Hundertwasser’s youth work emphasizes mainly biographical aspects. Scarcely any other artist's roots lay as much in his childhood as in Hundertwasser's.

Collecting and pressing meadow flowers was a great motivation to paint for Hundertwasser who was born as Friedrich Stowasser. When he discovered that the colours would fade over time, he began to paint the flowers. His stamp collection also motivated him to paint; he wanted to paint pictures which were as beautiful as the ones he could see on the stamps.

In 1943 he produced, as he wrote later, his first conscious, determined drawings from nature. Many paintings from that time also originated in the area close by where he lived by the Danube canal.

Hundertwasser experienced the annexation to Nazi-Germany and the Second World War in Vienna. He and his Jewish mother Elsa Stowasser managed to survive that time under the worst of conditions.

At the end of the war Hundertwasser decided to become a painter. Hundertwasser started to study at the Academy of Fine Arts in Vienna under Prof. Robin Christian Andersen. In this time he was lastingly influenced by the art of Walter Kampmann and Egon Schiele.

After only three months, Hundertwasser left the academy and in 1949 he undertook his first journey to Italy. The impressions he was able to collect helped him find his own distinctive style. In Florence he met the young French painter René Brô with whom he formed a lifelong friendship. In 1950 Hundertwasser followed Brô to France.

Hundertwasser made another attempt to surrender himself to an academic education at the Ecole des Beaux Arts in Paris. But after only one day he gave up this attempt. He had already adopted his own very individual career.

Hundertwasser was very aware of the artistic trends of his time such as the Ecole de Paris or Tachism in France or Fantastic Realism in Austria. His paintings are more his response to the art of his time: they emerge individual, independent and self-sufficient.