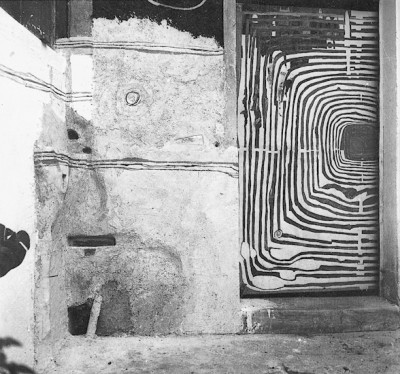 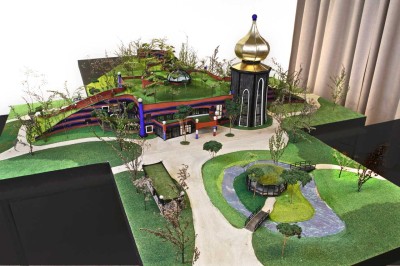 ARCH 116/I
DEVOTED SITE TO NATURE 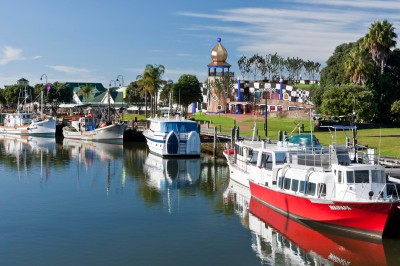 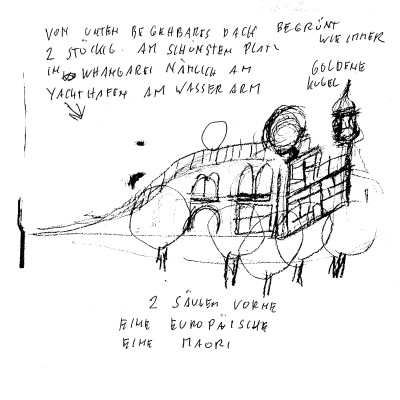 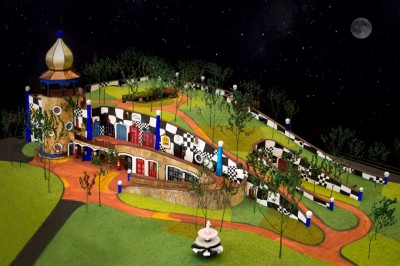 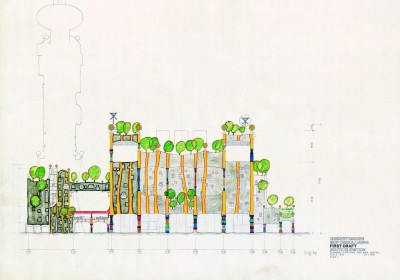 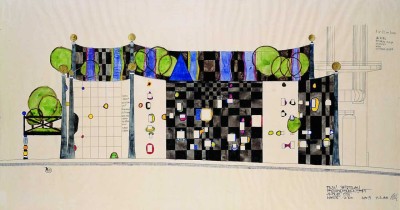 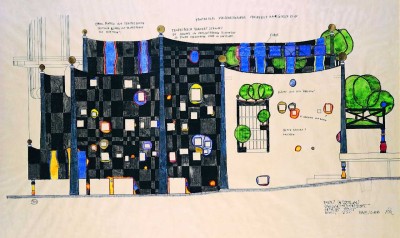 As of the early 1950s Hundertwasser increasingly focused on architecture, and since that time consistently pursued his goal of creating a more human architecture in harmony with nature.

He started with manifestos, essays and demonstrations. By reading out his Mouldiness Manifesto  in 1958 he expressed his rejection of rationalism, of the straight line and of the so-called functional architecture.
With his Nude Speeches for the Right to a Third Skin in Munich in 1967 and in Vienna in 1968 Hundertwasser condemned the enslavement of humans by the sterile grid system in architecture and denounced the mimetic reflex of the blind consumer of industrial mass products.

In the 1970s, Hundertwasser had his first architecture models built, such as the models for the Eurovision “Wünsch dir was” (Make a wish) TV show in 1972, which he used to visualize his ideas on forested roofs, tree tenants and the right to one’s window. In these models he developed new architectural forms, such as the spiral house, the eye-slit house, the terrace house, the pit-house and the high-rise meadow house. In 1974, they were then joined by models like the pit house, the grass roof house and the green service station – along with his idea of the Green Motorway – the invisible, the inaudible.

Hundertwasser originally tried by lecturing to convey his ideas to architects worldwide. The architects applauded, but whenever it came to realizing his proposals, they then claimed that reality showed his ideas could not be implemented.

In the early 1980s Hundertwasser had the opportunity to act as an “architecture doctor” using non-regulated irregularities and beauty barriers in projects such as the redesigns for the famous porcelain Factory Rosenthal in Selb, Germany.

Finally, he realized more than 40 architectural projects all over the world in which there are window rights for the tenants, uneven floors, woods on the roof, tree tenants and spontaneous vegetation. In his architectural oeuvre, Hundertwasser puts diversity before monotony and replaces a grid system with an organic approach that enables unregulated irregularities.