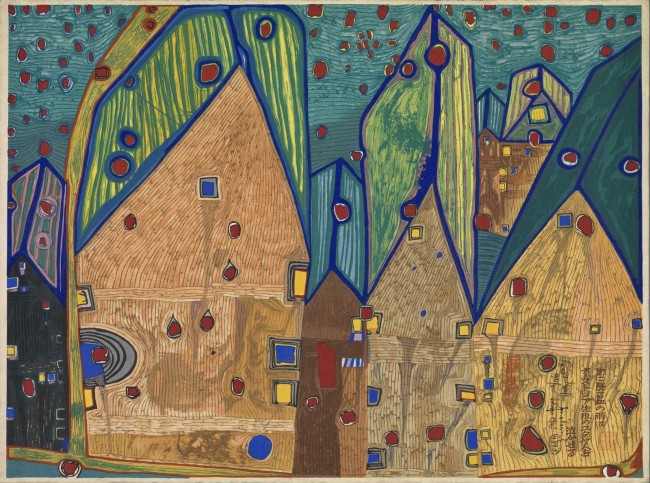 484A HOUSES IN RAIN OF BLOOD, 1961
"The first time I came in contact with Japanese woodcut-prints was in Italy when I was hitchhiking with friends and I saw rainfalls of Hiroshige as some peasants walked with umbrellas in the rain, and I saw Hokusai prints with the Fujiyama in the background and with clouds and with water and waves, and this all left such a deep impression on me that I decided later to do prints”, Hundertwasser told in 1976.

On invitation of Tokyo Gallery Hundertwasser lived in Tokyo from February until August 1961. It was extremely difficult to convince Japanese woodcarvers to work with an European artist, but in August he worked on the colour extracts of his first Japanese woodcut that was created after one of his works by the Japanese studio Adachi Kobo (484A Houses in rain of blood).
back