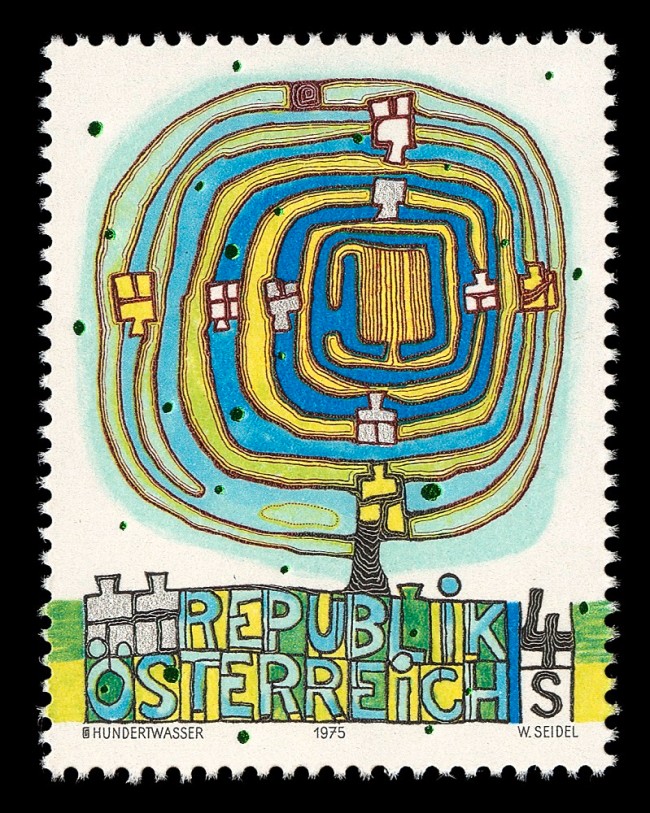 Spiral Tree, postage stamp for Austria, 1975
Just as Hundertwasser criticized the ugly, soulless buildings made of prefabricated parts, he also saw the postage stamps getting uglier and uglier.
At the beginning of the 20th century a movement had started from Vienna that had turned the postage stamp into a branch of art. One of the leading painters of the Vienna Secession, Koloman Moser, was commissioned with a series of postage stamps in 1906 and he designed these postage stamps in a modern style to be printed in a masterful engraving process. Koloman Moser's stamps and those of the subsequent designers were reproductions of templates, whereas Hundertwasser paved the way for a decisive innovation, because now an original artistic draft of the stamp was to be taken as the basis, and not just a reproduction of any existing image like a seal brand.