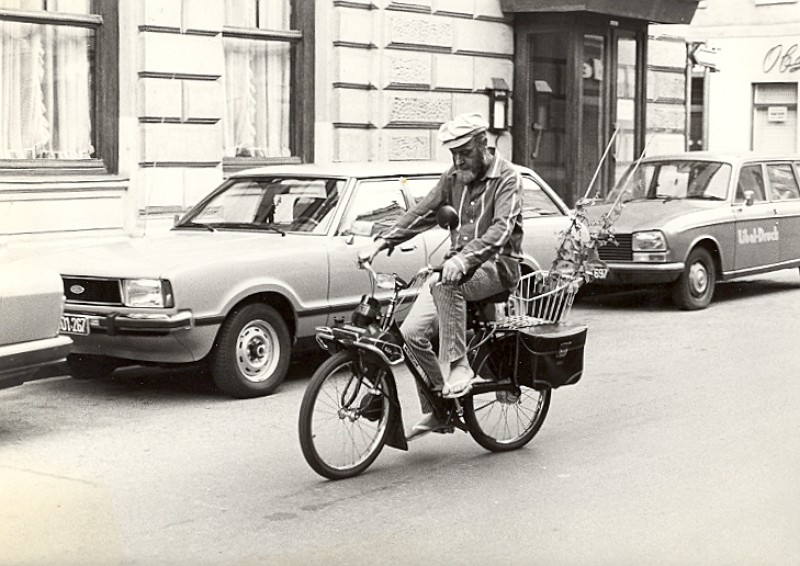 In June of 1980 Hundertwasser designed a pamphlet for the Boston-ivy campaign of the Viennese Youth for Nature Conservation which he had initiated. He bought 10,000 schillings (727 Euros) worth of Boston ivy and made it available.

When planting greenery on façades, committed green activists would sometimes come into conflict with landlords, homeowners and authorities.
Hundertwasser supported the cause of those who were persecuted for environmental-policy reasons. He remembered: “In 1980 Vienna I had to witness one of its citizens being taken to court, because his Boston ivy, which was growing from a flower pot on the eighth floor, was climbing further onto the exterior wall. My support as well as that of the occupants of the house and of the press did not suffice to overrule this stupidity which can only be described as a danger to the public. At daybreak, an eight-strong firing squad consisting of a bailiff, representatives of the cooperative, an attorney, a building contractor and four workers reached up to the plant with a ladder from a lower balcony and on June 17, 1980, at 6:00 a.m., carried out the anti-ecological decision of the court.” (Hundertwasser, in: Das Hundertwasser Haus, Vienna, 1985).