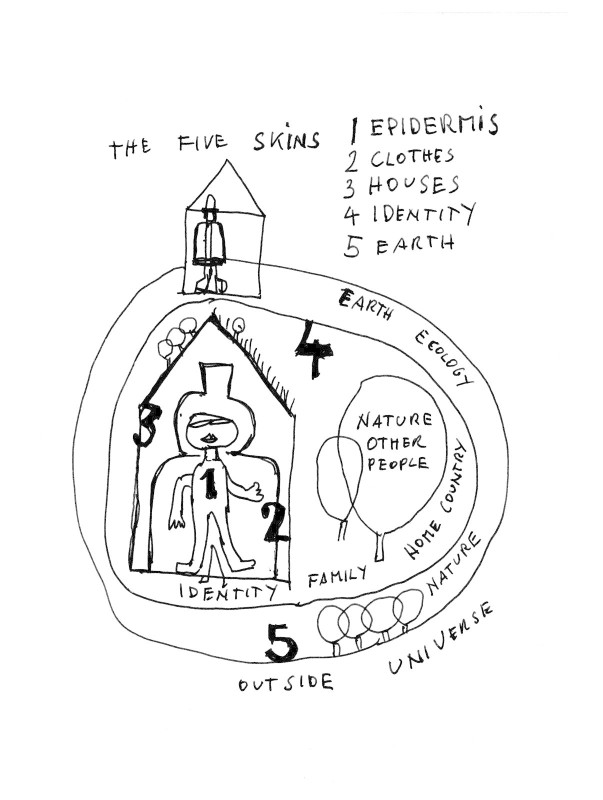 Hundertwasser conceived this drawing for the book The Power of Art, Hundertwasser - The Painter-King with the five skins, Cologne, by Pierre Restany, published by TASCHEN Verlag in Cologne in 1998.